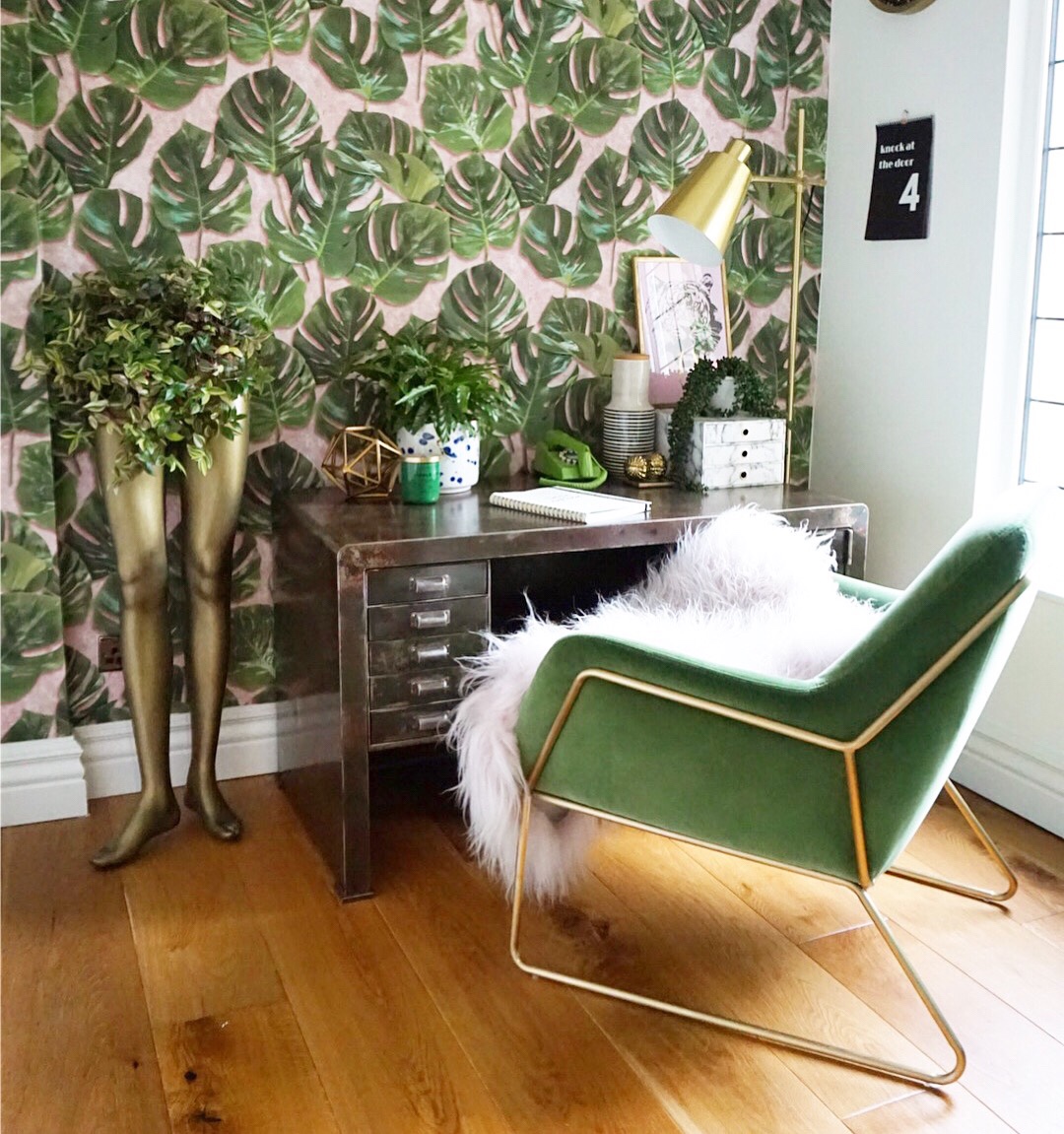 There are a number of things that were unplanned in this renovation. The most significant of which was going so far over budget that cereals all round as an evening meal has become quite acceptable. I certainly never planned a secret room yet here we are 9 months later with quite possibly my favourite feature.

The Secret Room – so many doors!

Doors were quite some issue when we moved in, as in the sheer obnoxious excess of them: 27 in total and some of them entirely pointless. Doors to get to doors and doors linking bedrooms for example. Now, I love my kids but there is absolutely no reason why I would want to make it easier for them to poke their grubby fingers in my face at 4 am. Wherever possible the pointless slash redundant slash odd doors were blocked up giving me one less reason to yell at my kids for not putting wood in th’ole.

Having gone a bit bricking-up crazy, our study (which used to be the pantry) lost both its entry from the kitchen and it’s exit into the living room. Small problem, we need a door. Cue eye rolling and pen tapping all round. We had enough of them to put back in, it’s just I had no interest in looking at another one.

Channeling my inner Miss Moneypenny, the idea of a secret door was knocked into the mix. Clearly Mr Peach having always fancied himself a touch Bond (I reckon he’s more waft of Milk Tray man) was on board and our poor joiner Steve’s job description evolved from prolific paneller to actual superhero. How he has made it work I have no idea. He turned up one day in his bat-mobile (I kid you not – he has an actual batman van!). He was armed with wood and some tools and somehow he created this:

The secret is out…

And here hidden away lies our study. I’m not going to lie, there is very little studying that goes on in this small room. In fact I’m thinking of renaming it the ‘hide’ because that is mostly what I’m doing when I’m in there. I have been known to shut myself in there with a toffee crisp, a cuppa and some fancy earplugs and ignore the bin lids demands for dairylea dunkers and CBeebies. It’s also incredibly impractical, the littlest Peach’s favourite game is ‘smashing all the lovely stuff on the bottom shelf’ meaning that those shelves remain particularly bare at ankle biter level. I will unashamedly admit it though, I think it’s really bloody cool and when the coolest thing I do is get the fish fingers out, I’m embracing this feature with every bone in my body!

The study itself is another one of those rooms I wasn’t afraid of going bold in. It actually all started with the desk. Incidentally, it was using the #desk that got me shadow banned on Instagram, who knew that was one of the saucier hashtags! I found this reclaimed beauty on gumtree from a guy in Doncaster who was obsessed with restoring vintage steel furniture. I’m suspecting he was single due to his actual aroma of metal but this guy had a passion, one that I was willing to take full advantage of. 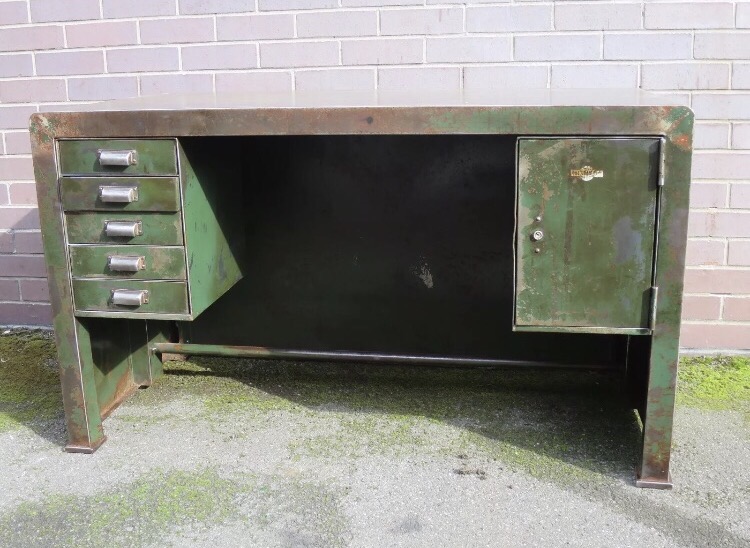 Upon delivery of the desk he just so happened to have a stash of vintage lockers in the depths of his van. There wasn’t a chance I was going to let him go without leaving one so I traded him some old metal pigeon holes and some fruit cake as part payment and he was off. Filling a teeny room with metal required the softness of velvet and this frame chair from Made.com topped with a cowboykate sheepskin ticked all the boxes: 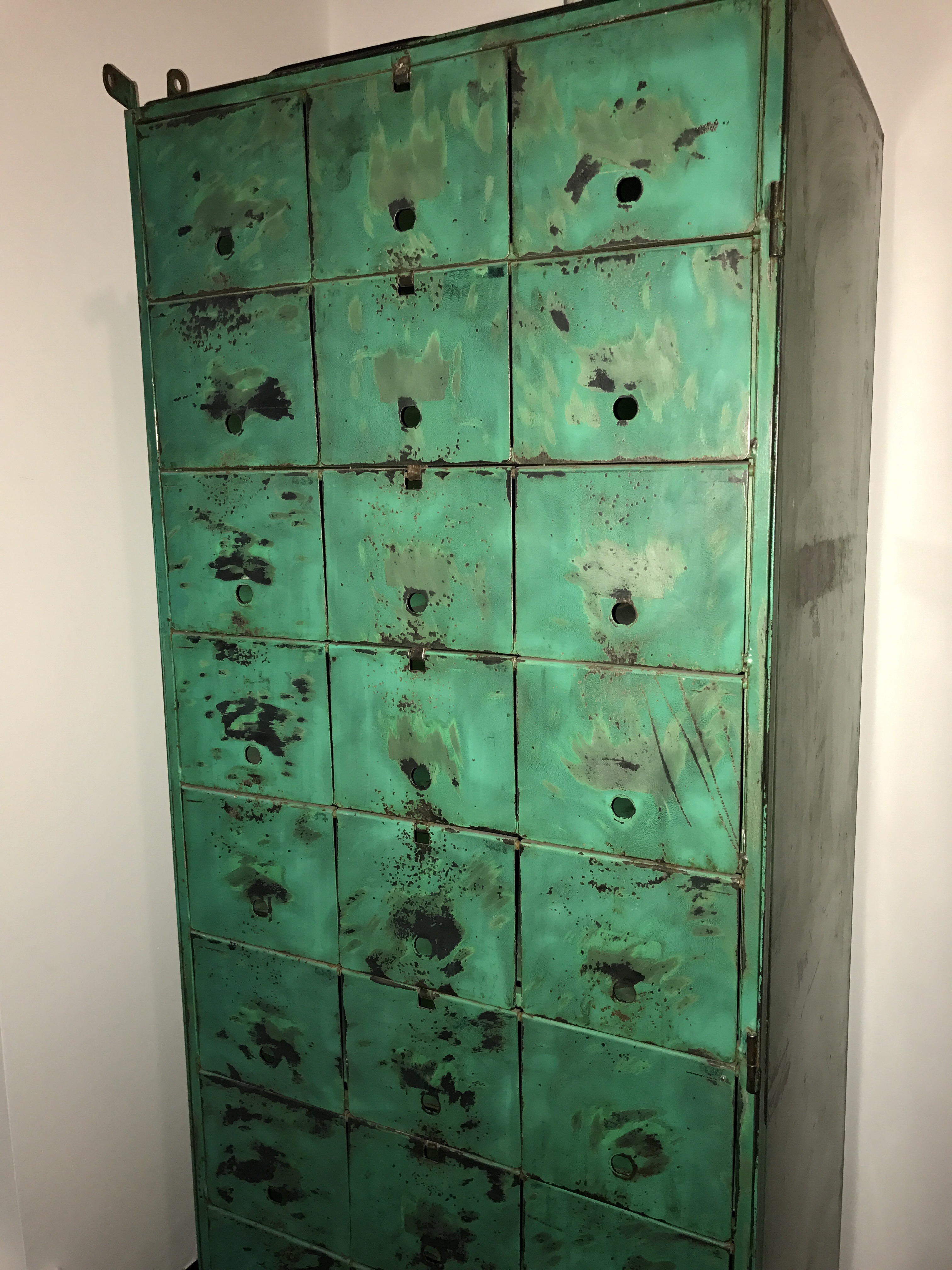 My ability to kill any living plant within hours had me looking at different ways to satisfy my need for botanicals in this room. There are some incredible bold leafy prints out there but this one from Woodchip and magnolia fulfilled my foliage requirements a treat and scratched my green itch with zero need for watering. 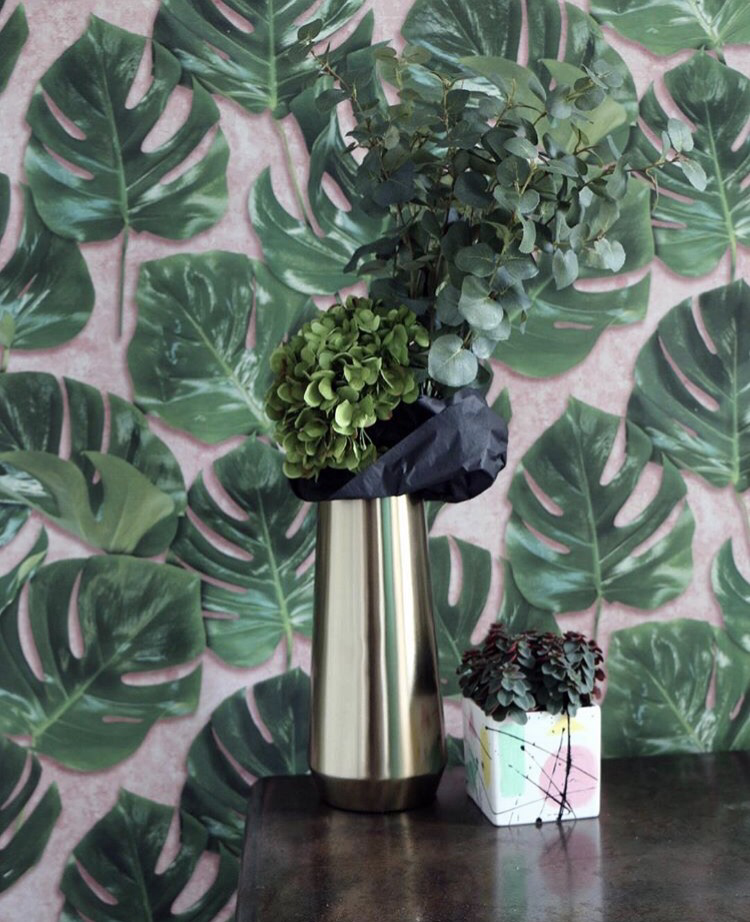 There is still plenty to fill this room with, I guess priority would be filling it with work but when all your doing in your secret room is ignoring your kids and daydreaming that you’re Miss Moneypenny, then there’s really no point?! I’ll put some sensible stuff in here soon. A printer, a few biros etc. but until then I’ll just make do with a toffee crisp and a cuppa.

What would you do with a secret room in your house? (Keep your answers clean please!).

This error message is only visible to WordPress admins

Please go to the Instagram Feed settings page to create a feed.

My website uses cookies to improve your experience. I'll assume you're ok with this, but you can opt-out if you wish.

This website uses cookies to improve your experience while you navigate through the website. Out of these, the cookies that are categorized as necessary are stored on your browser as they are essential for the working of basic functionalities of the website. We also use third-party cookies that help us analyze and understand how you use this website. These cookies will be stored in your browser only with your consent. You also have the option to opt-out of these cookies. But opting out of some of these cookies may affect your browsing experience.
Necessary Always Enabled
Necessary cookies are absolutely essential for the website to function properly. This category only includes cookies that ensures basic functionalities and security features of the website. These cookies do not store any personal information.
Non-necessary
Any cookies that may not be particularly necessary for the website to function and is used specifically to collect user personal data via analytics, ads, other embedded contents are termed as non-necessary cookies. It is mandatory to procure user consent prior to running these cookies on your website.
SAVE & ACCEPT