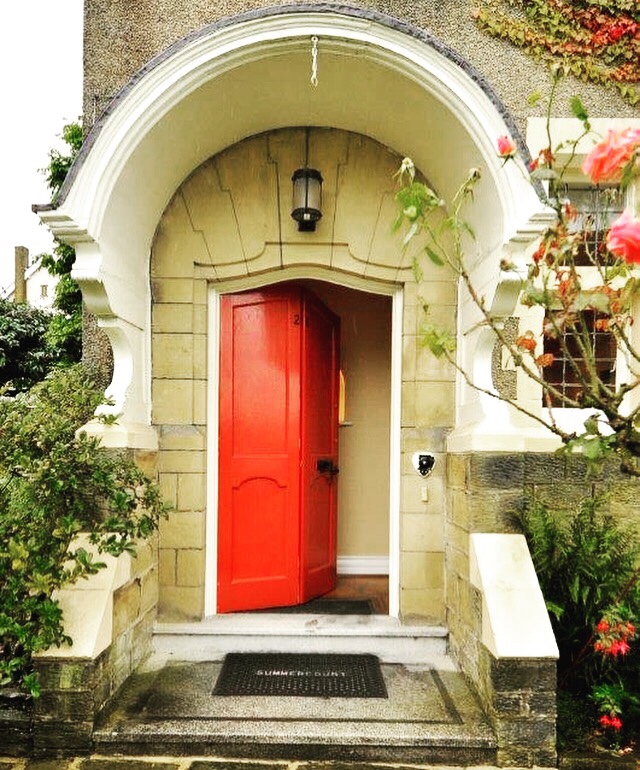 I’ve mentioned recently on Insta that I’ve lost my BloJo, my blogging-mojo is mysteriously absent. I’ve been searching for it and it dawned on me, the best place to look is where it all started, the force behind it all. There is no doubt in my mind that this is the room where it all began, the room that spawned the gigantic mortgage and the verging on unhealthy interiors obsession. The room that yelled ‘buy me, buy me‘ and sucked us well and truly down that property sink hole. Ladies and gentlemen, let me introduce to you our entrance hall…

A Peachy Entrance Hall…or was it?

As we walked up the crazy paving path to the Peach Palace we had no idea what lay behind that red front door and what it would do to us. It was like a property punch in the face. Despite being peach (obvs) the hallway was jaw-droppingly incredible, they just don’t make halls like that anymore. Panelling, ceiling height, parquet floor and a cheeky fireplace tucked around the corner –  THIS was what did it. We stood there for longer than we should have done in total silence, I was mentally working out where the Christmas tree would go, Mr Peach was no doubt working out how much the heating bill would go up by but that was it, hook, line and sinker. I’ll admit, standing in that hall I felt 50% Hyacinth Bucket and 50% Vicar of Dibley, but I just knew that I could do incredible things with that room. I was also 100% sure that this room would host legendary parties.

So, what did it look like? Imagine if you will, an explosion on a peach plantation, sprinkle on some velour, candelabras and swags and tails, dab it behind the ear with a bit of foist and you’ve got the picture. But it was the panelling that really got to me, despite its prolific peachiness it just rocked. I’d never really been a fan of panelling, that was until I saw this room. Obviously it was never going to stay peach so inspiration was required.

Cue hours of pinning and insta-stalking, which culminated in this entrance hall mood board: 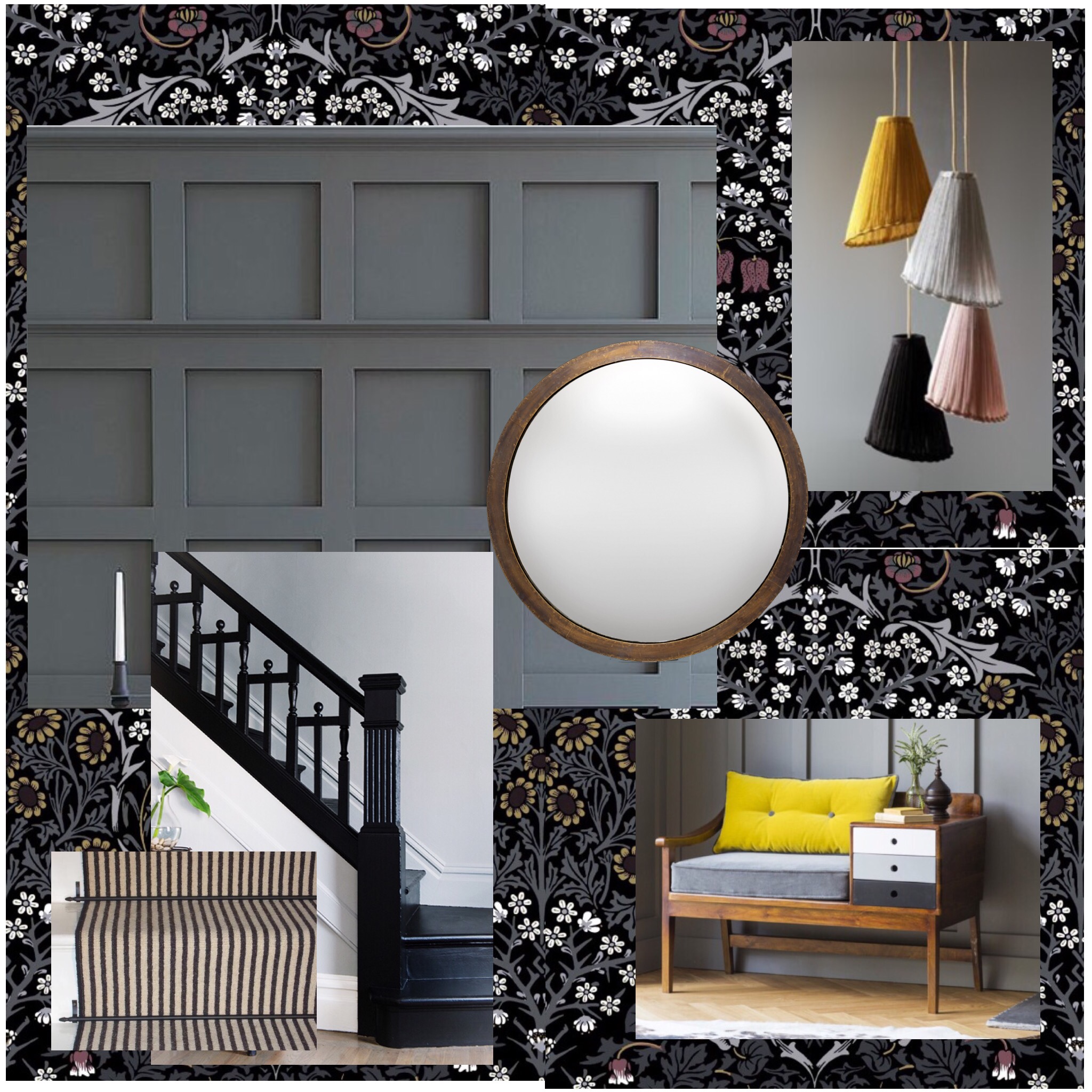 As I’ve mentioned before (in my 10 best wallpaper designers post), there is a sliver of my heart which belongs entirely to House of Hackney, it’s my go to brand for bold wallpaper. I wanted to keep some tradition in this room, a nod to its heritage so using Blackthorn, the William Morris collaboration with House of Hackney print was a no-brainer. I used Blackthorn black which has accents of yellow and maroon but there is also a teal print which is equally as gorgeous. I adore the almost skull like pattern. I won’t lie though, hanging it sent Geoffrey our decorator into a sweaty panic. There were a few bum clenching moments when it became apparent that he definitely hadn’t read the HoH hanging instructions but thankfully there was a happy ending. One thing I can guarantee is that Geoffrey will not be agreeing to put up any fancy paper any time soon. 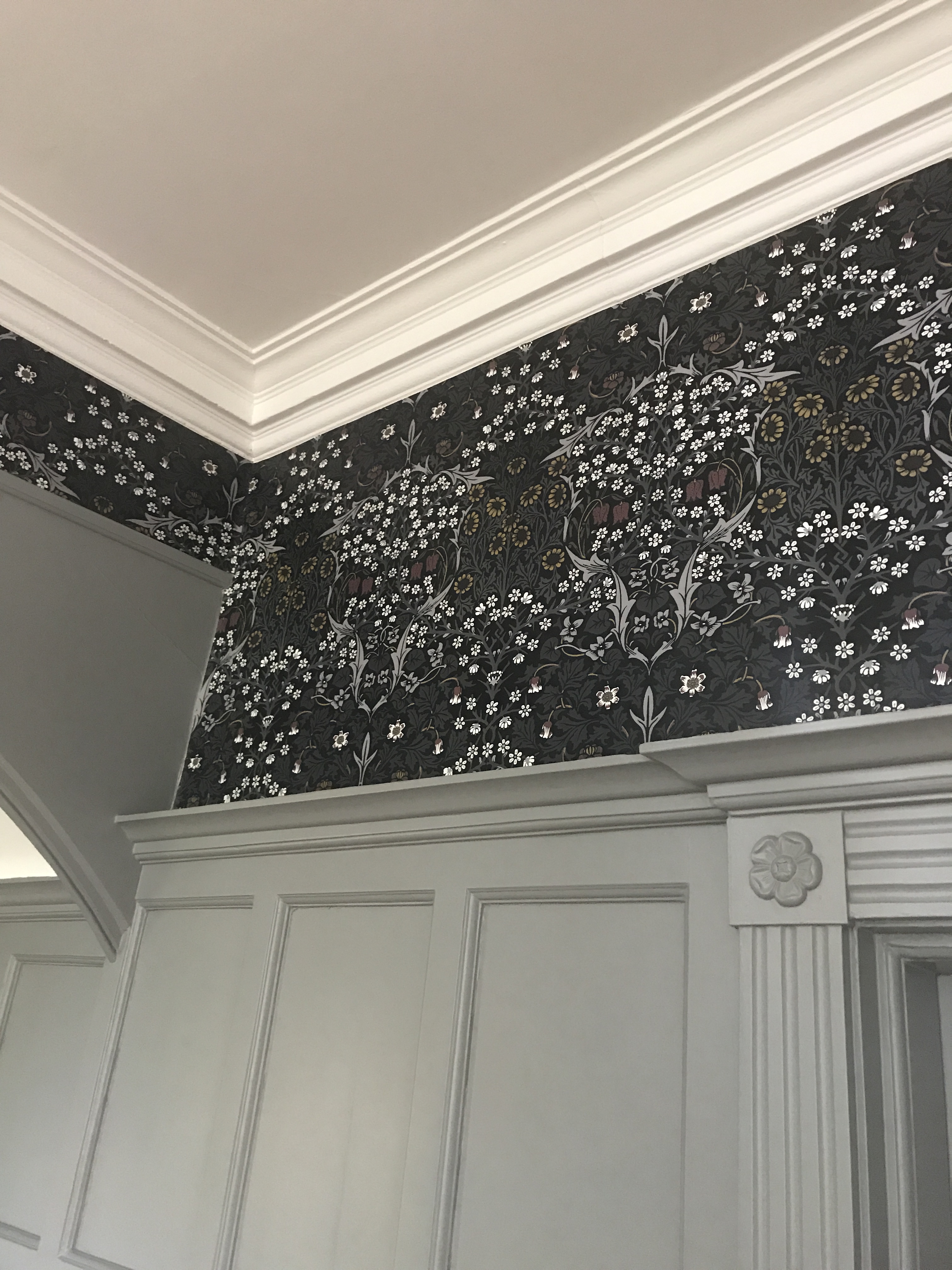 Deleting the peach was obviously top of my agenda and the Blackthorn lends itself perfectly to a grey. As much as I love the dark side I felt a softer grey would be an ideal match and being more familiar with the Farrow and Ball colour chart than I am with my kid’s birthdays, I knew immediately that Manor House Grey was the colour to go for.

The stairs took slightly stronger persuasion tactics on the other half as I chose Pitch Black, again by F&B but coupled with the All White of the stairs it totally works. 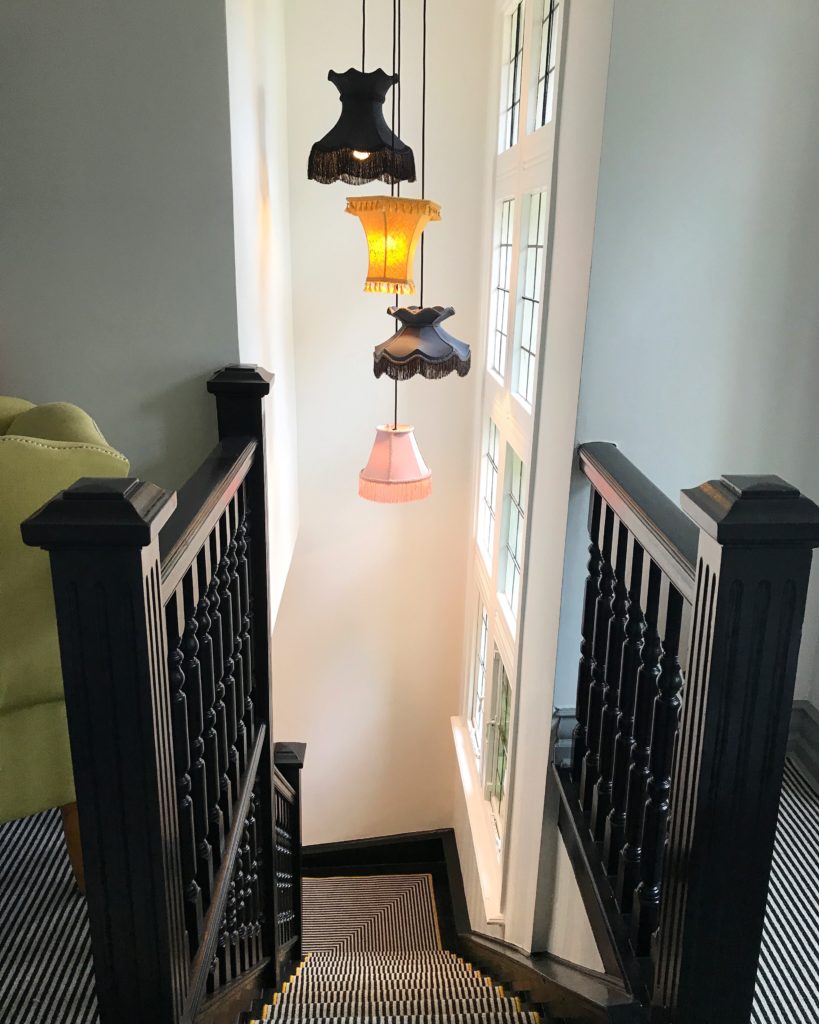 This is where we hit the renovation jackpot, the three bars gloriously lined up and spat out restoration gold chips in the form of the original parquet floor. It came complete with inlaid block border and the heel indentations of a thousand party goers, it was perfect and needed zero alterations. What we did need to change was the stair carpet which was a hideous shade of rotten peach and had been vacced almost through to the underlay. I knew that it had to be a stripe and I knew it was monochrome but everyone around me considered me crackers when I chose for it to be whipped in bright yellow. Who cares if I get sick of the yellow, I can change that colour at any point. 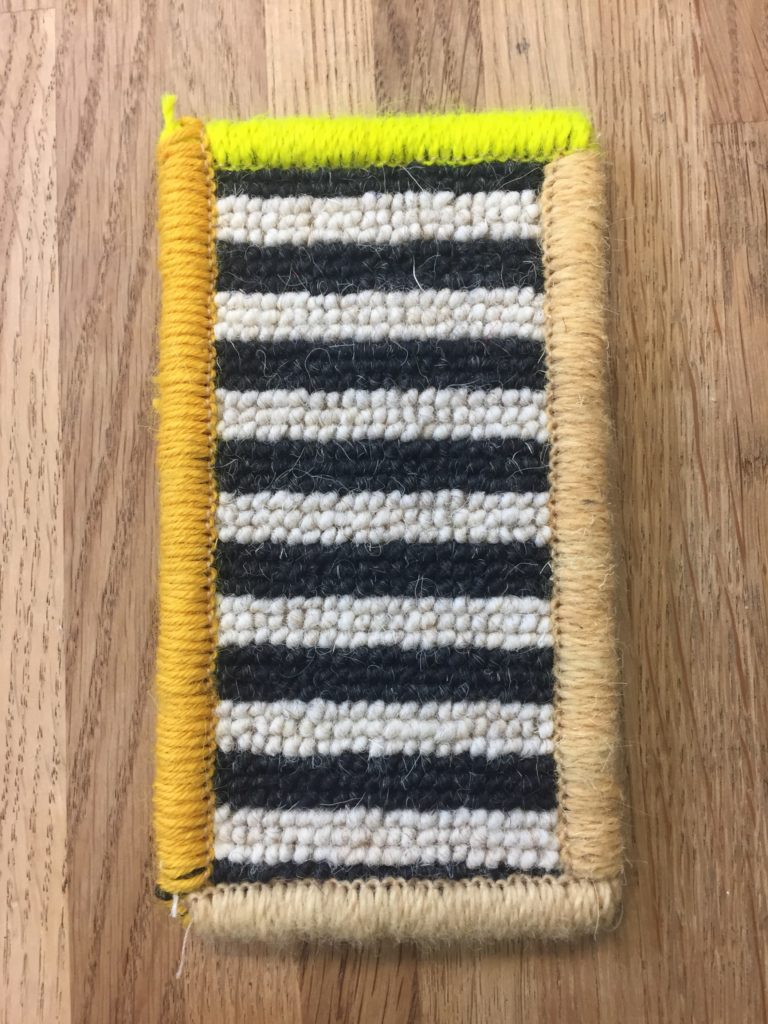 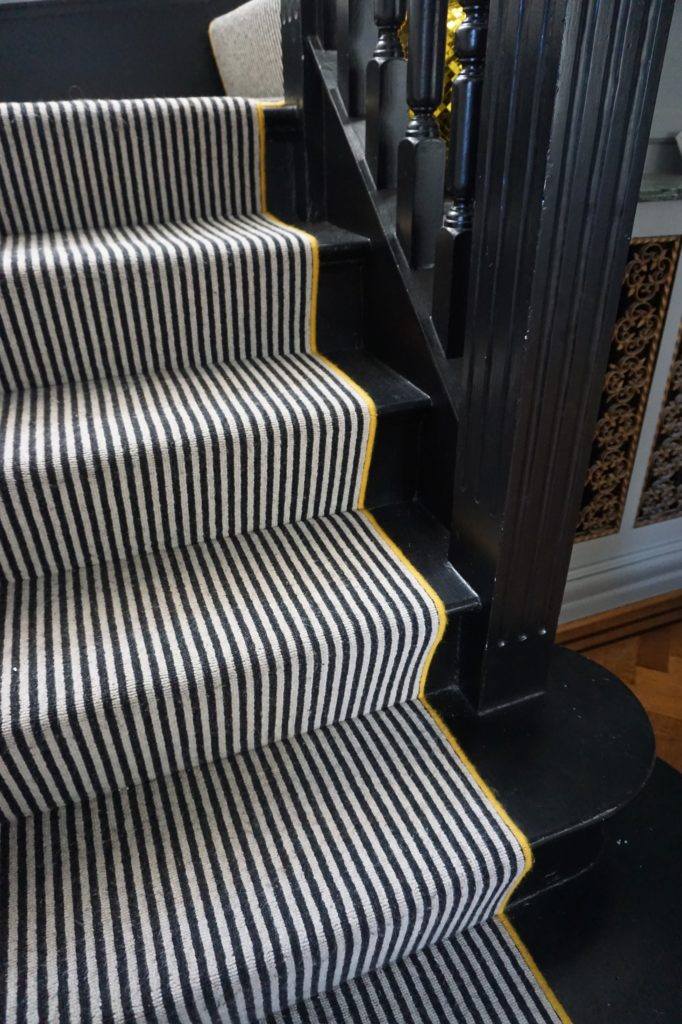 It’s a big old space this hallway, so it needed a few key pieces to do it justice. At no point did I think a pair of pins with a prolific bush would be one of those yet here Lola stands, resplendent and proud of her lady garden. She is by Zoe Pocock from MucknBrass and I blummin love her! She stands proudly next to my Atkin & Thyme telephone table which I picked up on eBay for a right steal. On the opposite wall is some furniture which has served us well over the years, it’s not my perfect sideboard (that resides just down the road at @oakwoodvintage ) but it hides copious amounts of wrapping paper, sellotape and half burnt tea lights and it fits the space a treat. 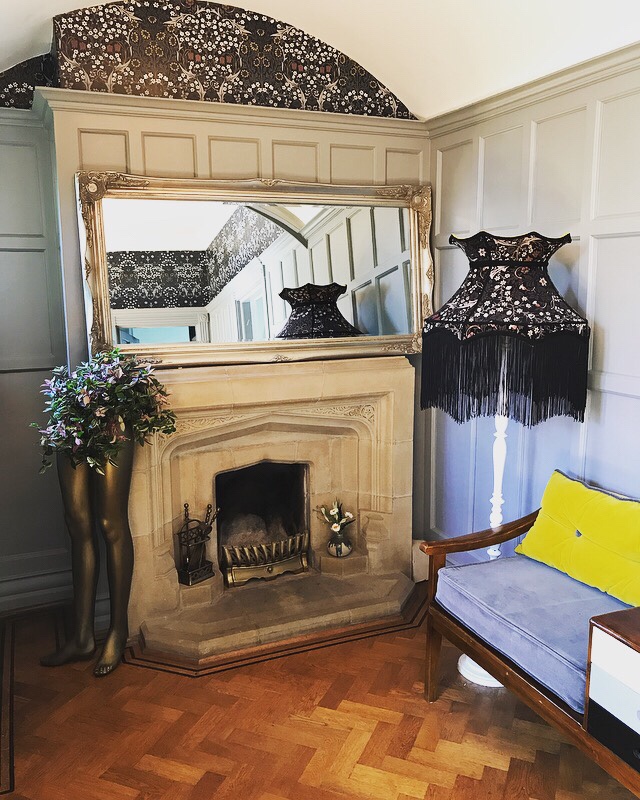 So that just leaves the insanely important issue of lighting, the majority of which has been sorted by my dream team of @lovefrankiedotcom and @lisalampshades. Jo from Love Frankie was responsible for making over what we refer to as the ‘big bastard’, a fitting that I absolutely despised when we moved in. As time passed the beast grew on me so instead of heading for the scrapyard, I embraced its beastliness and challenged Jo to save it. As always, she did me reet proud as us Northerners would say and she smashed it right this decade with some croc skin, liquid gold lining and fringing. Yes its still a bit wonky and yes the dusting issue is a nightmare but the big bastard deserves to be there, he’s been lighting up his residents and guests for goodness knows how long and I reckon he’s happy to still be doing so. 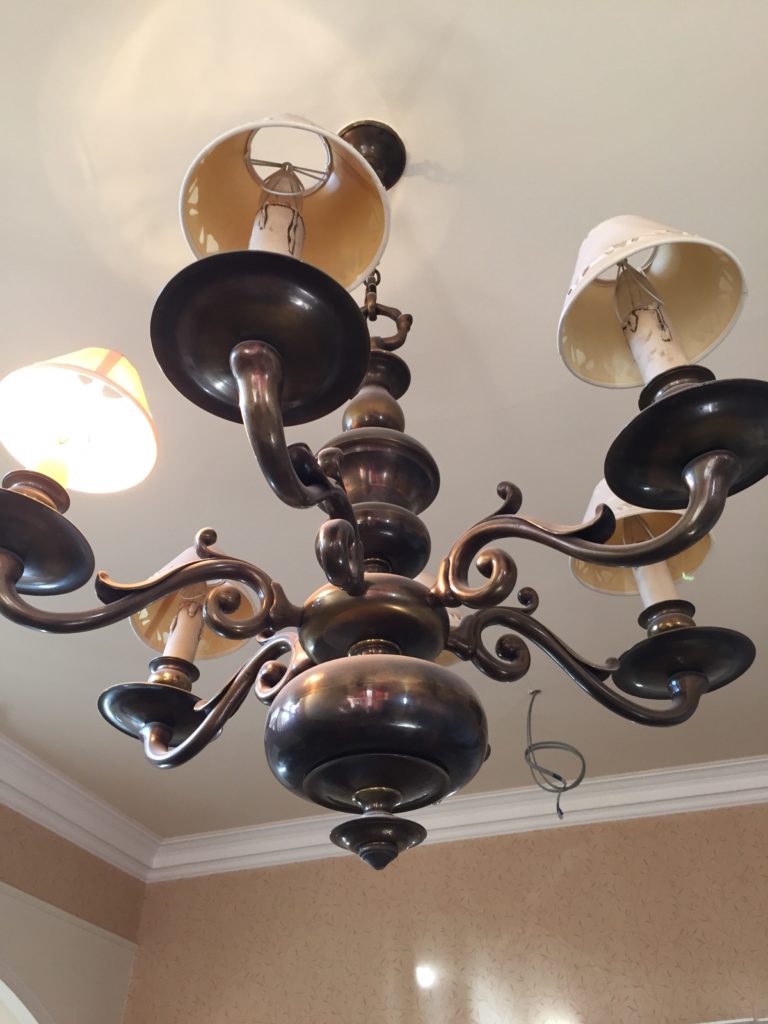 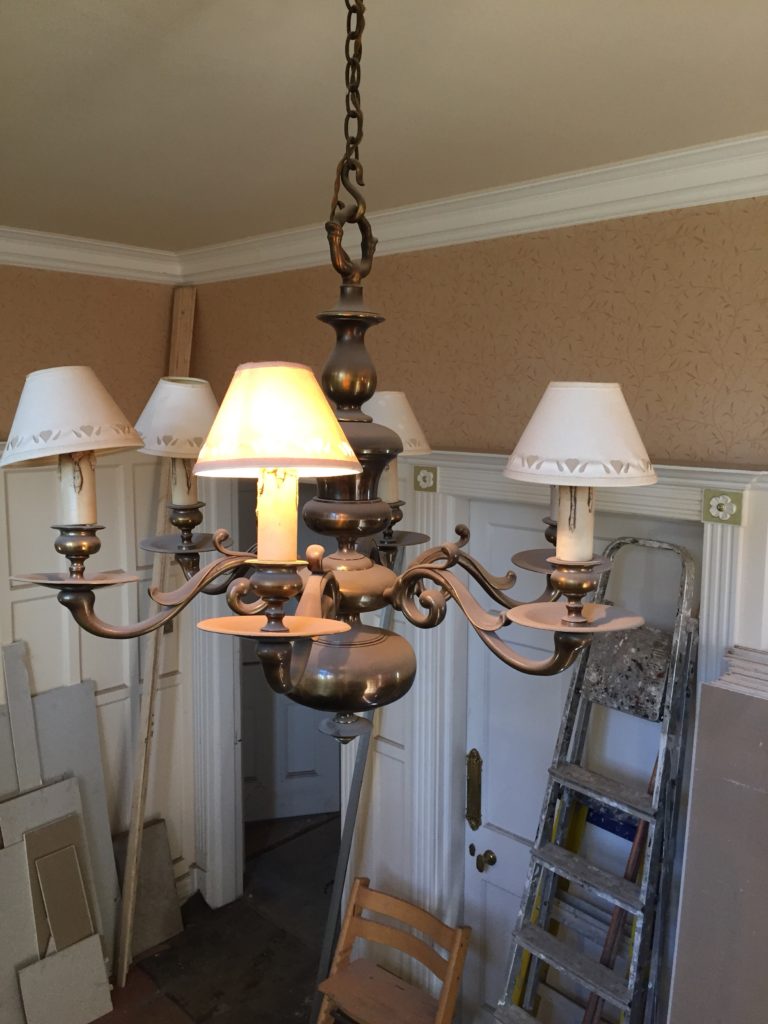 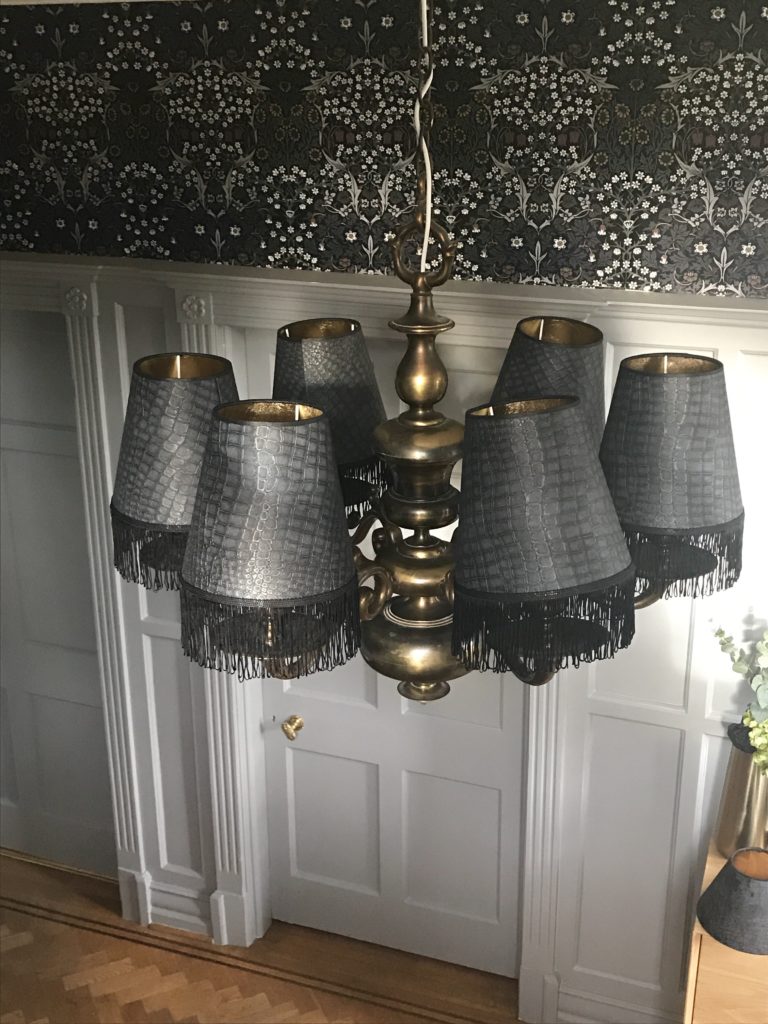 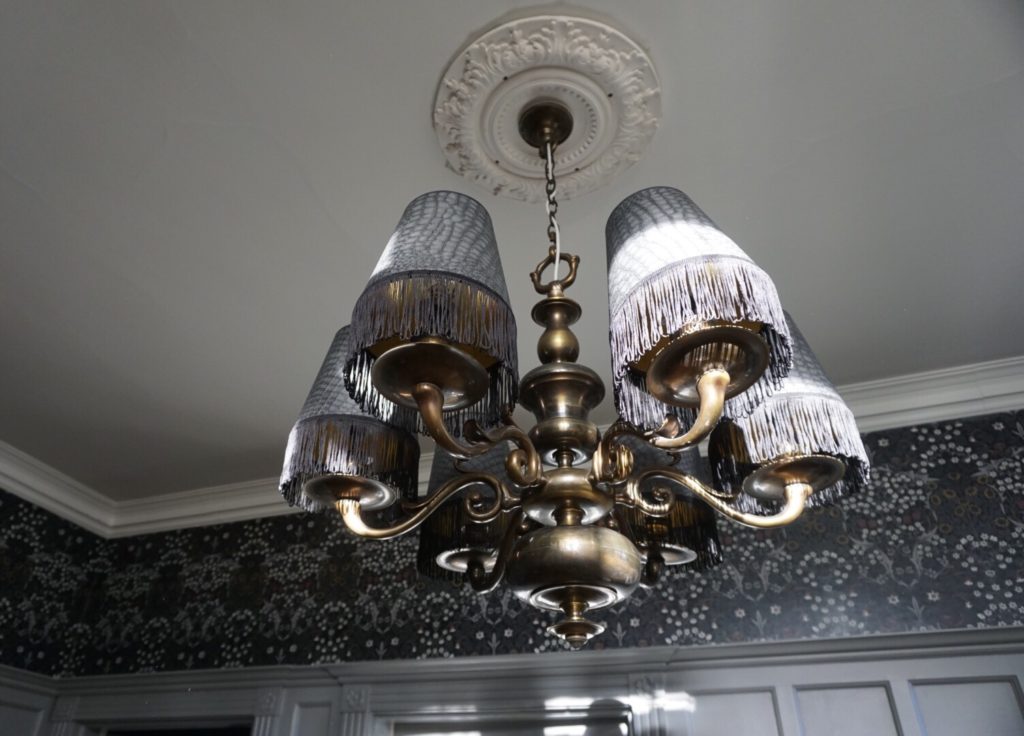 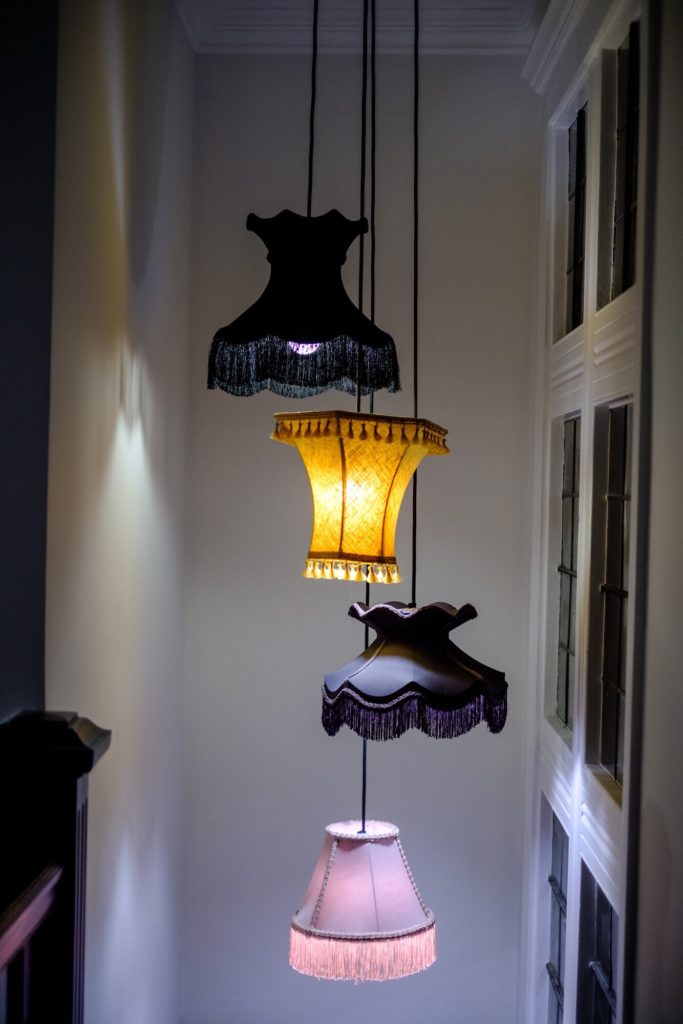 So there we have it, the transformation of the room that gave us that un-scratchable itch, the one that put the fire in our bellies and made us convince ourselves that the stonking mortgage was worth the squeeze. I think we were right. 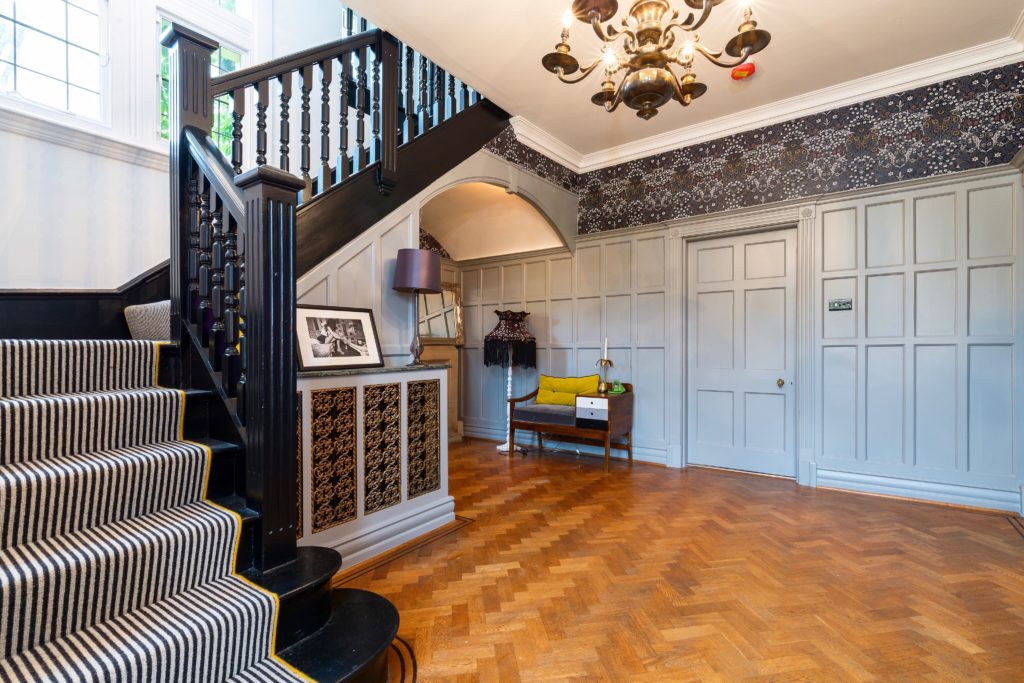 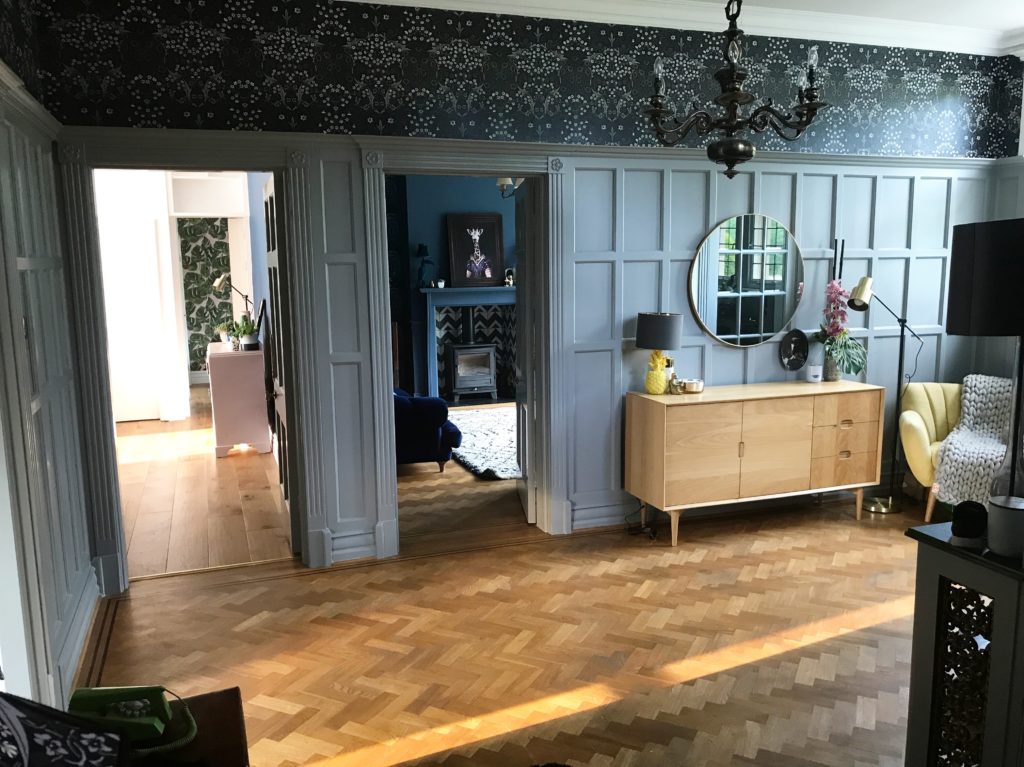 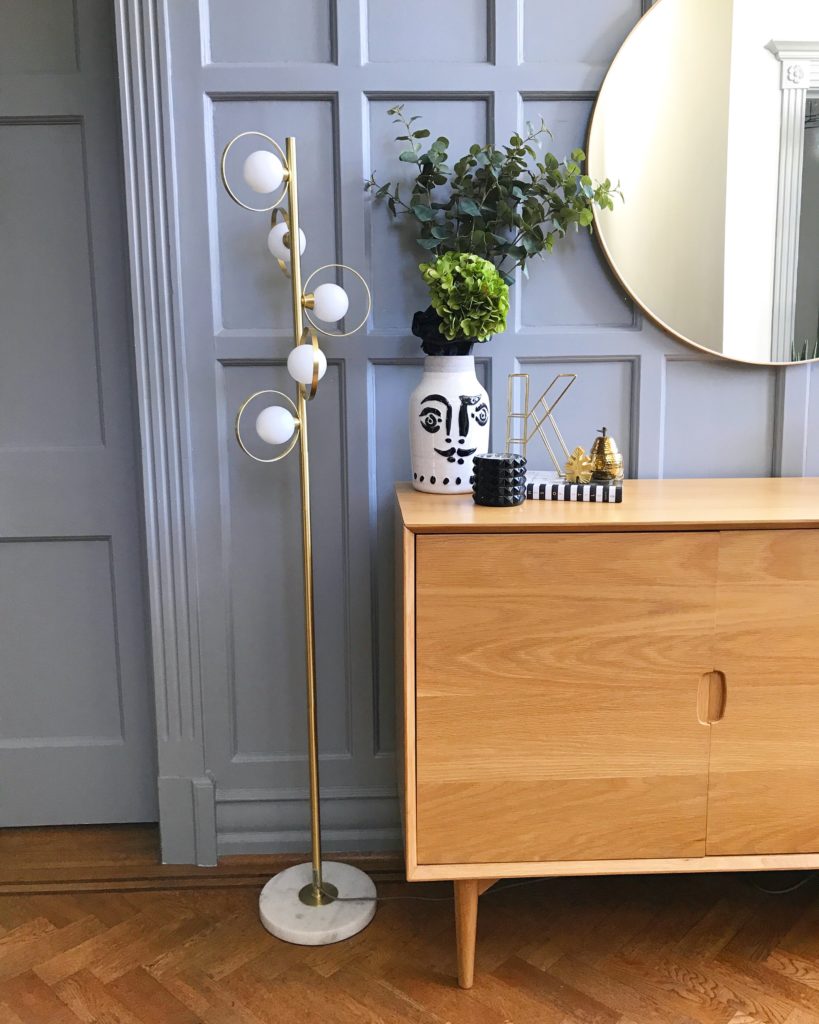 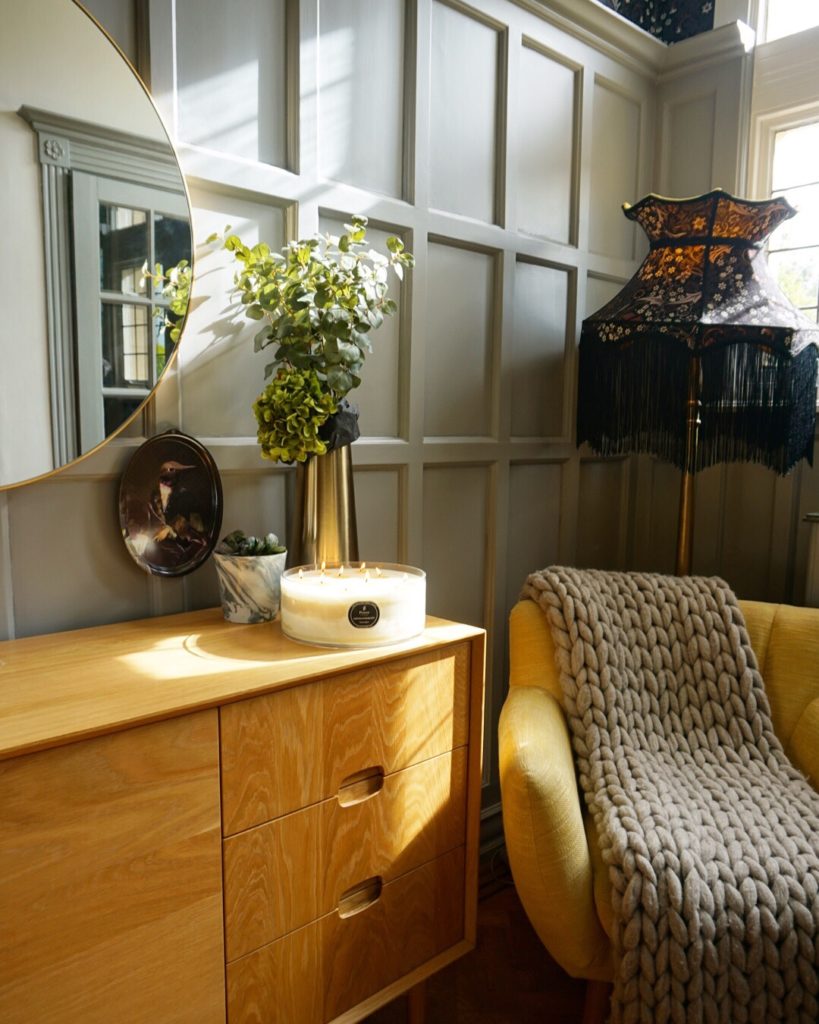 This error message is only visible to WordPress admins

Please go to the Instagram Feed settings page to create a feed.

My website uses cookies to improve your experience. I'll assume you're ok with this, but you can opt-out if you wish.

This website uses cookies to improve your experience while you navigate through the website. Out of these, the cookies that are categorized as necessary are stored on your browser as they are essential for the working of basic functionalities of the website. We also use third-party cookies that help us analyze and understand how you use this website. These cookies will be stored in your browser only with your consent. You also have the option to opt-out of these cookies. But opting out of some of these cookies may affect your browsing experience.
Necessary Always Enabled
Necessary cookies are absolutely essential for the website to function properly. This category only includes cookies that ensures basic functionalities and security features of the website. These cookies do not store any personal information.
Non-necessary
Any cookies that may not be particularly necessary for the website to function and is used specifically to collect user personal data via analytics, ads, other embedded contents are termed as non-necessary cookies. It is mandatory to procure user consent prior to running these cookies on your website.
SAVE & ACCEPT